For the word prompt from Debbie at Travel with Intent: Fire

A flame is widely accepted as a symbol of eternal life. An eternal flame at a iconic buildings and  memorials, symbolizes a nation’s perpetual gratitude towards, and remembrance of, its great people. 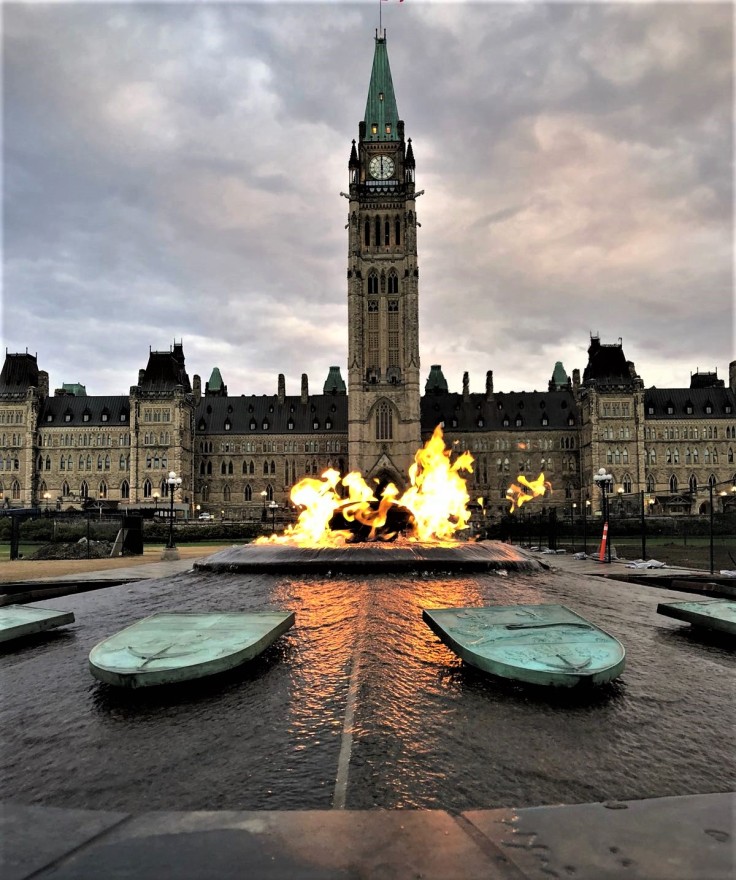 The Centennial Flame is a major feature on the Parliament Hill grounds. You will find it just inside the Queen’s Gate in front of the Peace Tower.

It was originally built as a temporary monument. Prime Minister Lester B. Pearson lit the flame for the first time on December 31, 1966, to open the celebrations of Canada’s 100th anniversary of Confederation. Canadians loved the monument so much that it became a permanent feature.

The water in the Centennial Flame’s fountain never freezes. Due to the continuous movement of the water and the fire that burns above the water, the fountain doesn’t freeze, even in the middle of Ottawa’s cold winters!

Keep the soul n fire in you alive!

5 thoughts on “There’s a fire within my soul…”

Thanks for dropping by 😊

Experiences Enrich - be it yours or mine! Please feel free to share your views and experiences in the comments section.

© Rita Joseph – All rights reserved. All photos and writings are my own.